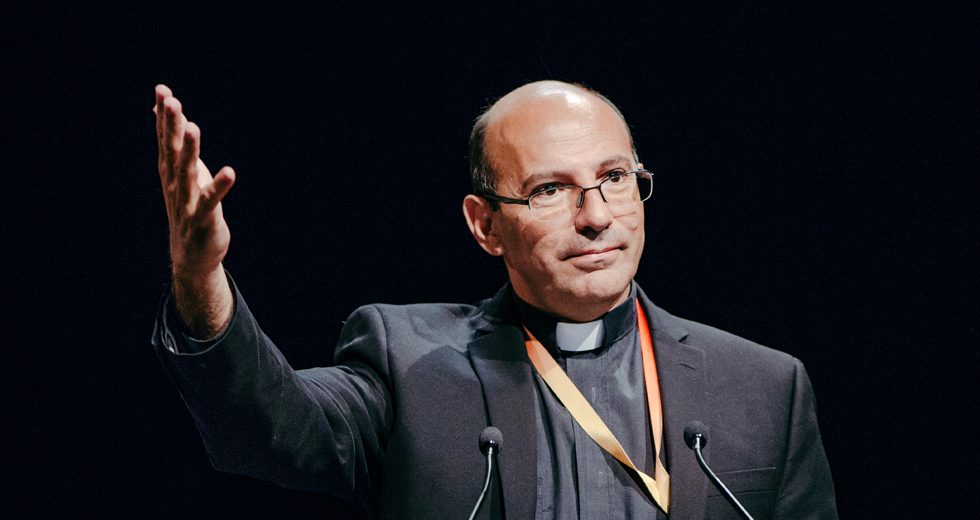 The World Communion of Reformed Churches has urged its more than 225 member churches worldwide to examine their mission, education and investment relationships with Israel and Palestine in the light of the witness of Palestinian Christians.

In a resolution adopted by consensus on 7 July, the WCRC’s General Council, meeting in Leipzig, Germany, said member churches should respond to this examination “as they understand the Reformed communion’s commitments to human rights and the protections of international law.”

The General Council, the highest decision-making body of the WCRC, stated “that with respect to the situation of injustice and suffering that exists in Palestine, and the cry of the Palestinian Christian community, that the integrity of Christian faith and praxis is at stake.”

The resolution adopted at the WCRC General Council stated that the creation of the State of Israel in 1948 had a significant consequence of “the loss of homeland for the Palestinian people, and the creation of 750,000 Palestinian refugees.” It noted that it is also 50 years since the 1967 Israeli occupation of the West Bank, Gaza and East Jerusalem.

“It is time for Israelis and Palestinians to live alongside each other in peace, security and justice,” the resolution stated. “Many of us have seen with our eyes and heard with our ears the painful realities of life for Palestinians.”

In its resolution, the WCRC general council stated that the Christian faith has been used to justify the injustice against the Palestinian people. It rejected any use of the Bible “to legitimize or support political options and positions that are based upon injustice, imposed by one person on another, or by one people on another.”

It encouraged delegations to visit the region “to connect with the present day Christian community … to witness their situation and express support for their desires for self-determination.”

The resolution instructed the WCRC Executive Committee to a call from the National Coalition of Christian Organizations in Palestine urging solidarity from Christian partners abroad.

During the WCRC’s Leipzig meeting, which began on 29 June, a prominent Palestinian Christian from Bethlehem, Mitri Raheb, told delegates of his experience of having been 5 years old when Israel occupied Bethehem.

“This was exactly 50 years ago. I know what living under occupation means,” Raheb said.

It is important that “not only we as Palestinians are liberated but that Israelis are also liberated as well, because occupiers are not liberated,” Raheb stated. “Occupiers are occupied by their own occupation.”