Peace process in Colombia is in danger, warns Council 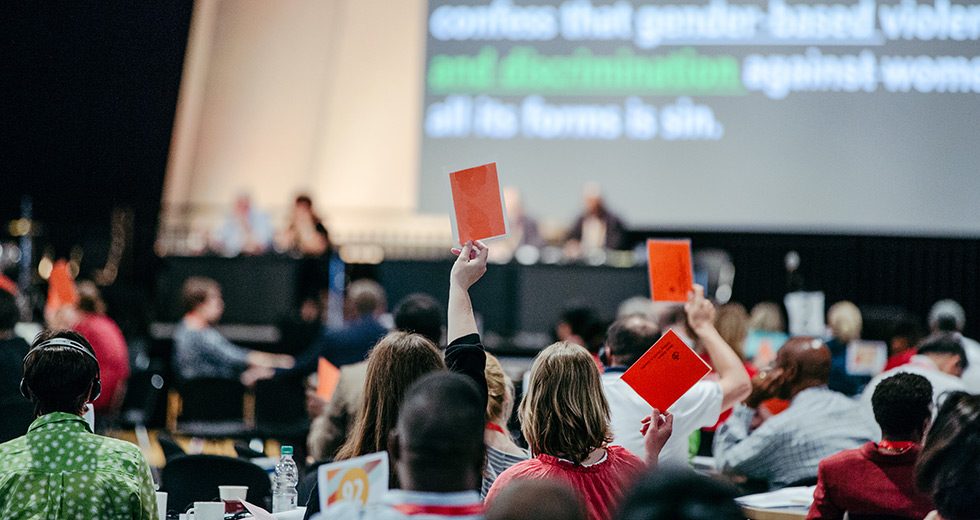 Warning of dangers to a peace process in Colombia between the government and rebel movements, the World Communion of Reformed Churches has called on the Colombian government to ensure a negotiated end to the conflict is achieved.

The “hoped-for peace is endangered because a sector of Colombian society that has maintained its privilege and has profited from the war insists on seeking a military victory in this long conflict, and rejects the peace accords,” the WCRC’s General Council stated in a resolution adopted on 7 July, the final day of its 9-day meeting in Leipzig, Germany.

The WCRC groups more than 225 Protestant churches worldwide in more than 110 countries.

In 2016, the Colombian government and the Revolutionary Armed Forces of Colombia (FARC-EP) agreed a peace accord after more than 50 years of armed conflict that left almost 250,000 people dead and more than 7 million internally displaced. In February 2017, the government began public talks with another armed group in Colombia, the National Liberation Army (ELN).

However, communities that have lived alongside the armed groups are facing heightened risks, the WCRC resolution stated, with guerrilla ex-combatants laying down arms and re-joining civil society at risk.

In 2016 and the first half of 2017, nearly 150 human rights defenders and community leaders who seek peace have been assassinated, and many more have received threats.

The General Council, the WCRC’s highest decision-making body, instructed the WCRC’s Executive Committee and secretariat “to urge the Colombian government to swiftly and effectively implement the agreements reached with the FARC-EP and continue the dialogues with the ELN, until a negotiated end to the conflict is achieved and peace with social justice becomes a reality.”

It encouraged all WCRC member churches “to share experiences in peace-building to the promotion of education for peace and reconciliation in Colombia, seeking to strengthen a culture of nonviolence and peaceful resolution of the historic conflict.”

The resolution also urged support for the Colombian churches’ programmes of development and education in communities and social sectors that work locally to build peace, with an emphasis on human rights, inclusivity, sustainability and care for creation.

In a separate resolution, the WCRC General Council urged efforts to address years of violence in Guatemala, El Salvador and Honduras resulting from gang conflict, organized crime and narco-trafficking.

“The endemic gang culture, coupled with the socio-economic realities of poverty, unemployment, low wages, domestic violence and the resultant dysfunction and psychological problems, produces enormous problems for families, society and the churches,” it stated.

Regarding a continuing political polarization in Venezuela, the General Council urged support for the church in the Latin American country “in addressing the need to build a culture of peace which makes dialogue and reconciliation possible.”

On Cuba, it expressed concern about “unilateral actions” to limit progress towards reconciliation between the United States and Cuba.”

The General Council called on churches of Latin America and the Caribbean “to offer support and help to the people of Cuba in order that they may overcome the economic difficulties that come from the blockade imposed on Cuba.”