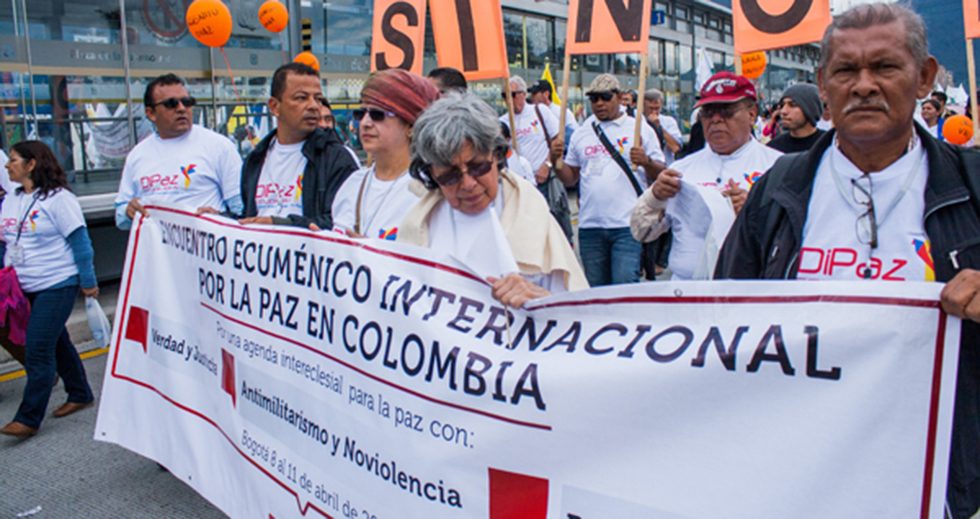 The World Communion of Reformed Churches (WCRC) joins with our sisters and brothers in DiPaz Colombia (Diálogo Intereclesial por la Paz (Ecumenical Dialogue for Peace)) in calling for a renewed commitment to the peace process in Colombia, along with international prayer and support.

In 2016, the Colombian government and the Revolutionary Armed Forces of Colombia (FARC-EP) agreed to a peace accord after more than 50 years of armed conflict that left almost 250,000 people dead and more than 7 million internally displaced. In February 2017, the government began public talks with another armed group in Colombia, the National Liberation Army (ELN).

Negotiations with the ELN recently were suspended by Colombia President Juan Manuel Santos after a series of bombings. These bombings followed a wave of assassinations of social leaders.

A statement released by DiPaz encourages:

The WCRC calls on its member churches to support the peace process through the work of DiPaz and the Presbyterian Church of Colombia, by encouraging both its own government and the Colombian government to continue with the peace talks and through prayer:

God of Life, Reconciling Lord, Comforting Spirit
Who desires us to be one
Just as you are one
celebrating difference, sharing mutuality
We uphold our sisters and brothers in Colombia
Where fear threatens trust
Hostility threatens love
Resentment threatens reconciliation
We ask for
The life that vanquishes death
The peace that flows from justice
The hope that there will be a new beginning.
Amen.