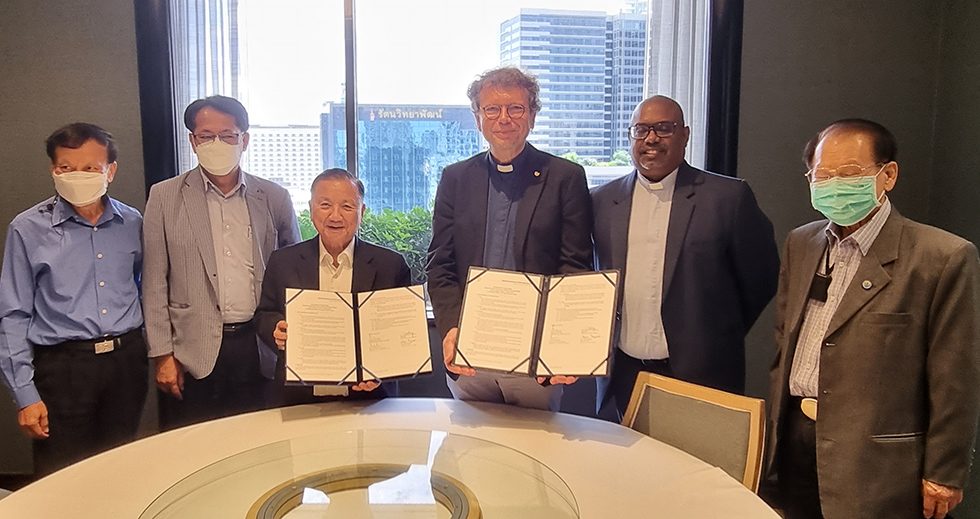 “Persevere in your witness” was approved as the theme for the 2025 General Council by the World Communion of Reformed Churches Executive Committee during its annual meeting.

“‘Persevere in your witness’ is a prophetic call to the church,” said the report of the General Council Task Group, presented to the Executive by Karen Georgia Thompson. “This theme offers encouragement to the church, even as it engenders hope for a future yet to be realized, where love and justice will prevail on behalf of all people. Yet this theme also allows us to encapsulate the pain and brokenness of where we are as a people. It further draws on Palestinian ideas of somood which speak of staying firm in the midst of trials.”

Several biblical passages were cited in connection with the theme, including Hebrews 12:1, James 5:11, and Luke 21:19. In adopting the theme, the Executive noted, “It is a call not to be discouraged, to be resistant to many of the demands of reality, to witness, and to position oneself on firm and stable ground.”

The 2025 General Council will be held in Thailand, with the Church of Christ in Thailand (CCT) hosting, supported by member churches in the Asian region. Immediately after the conclusion of the Executive meeting, Hanns Lessing and Philip Vinod Peacock, of the WCRC’s Collegial General Secretariat, flew to Thailand to sign a memorandum of understanding with church leaders there.

“The signing of the memorandum of understanding marks a significant moment and a first step in General Council planning. We are most delighted to partner with the CCT to work toward the next General Council,” said Peacock.

The memorandum lays the foundation for the 2025 General Council, which will include a preceding Global Institute of Theology and pre-councils for women and youth. As hosts, the CCT will set up a local committee to coordinate many aspects of the Council, including local events and programmes. Lessing and Peacock are also visiting potential sites for the Council, as well as discussing exact dates, with CCT leaders.

The Executive Committee also established a General Council Planning Committee (GCPC) to continue the work of preparing for the next Council. Dario Barolin was named as moderator of the committee, with membership from across the Communion.

The GCPC will work closely with the CCT and other Asian churches to ensure that the Council is rooted contextually. Other responsibilities of the committee include developing a detailed programme and schedule, appointing a worship committee and any other working groups needed, and developing publications and resources.