Choose to challenge the patriarchy 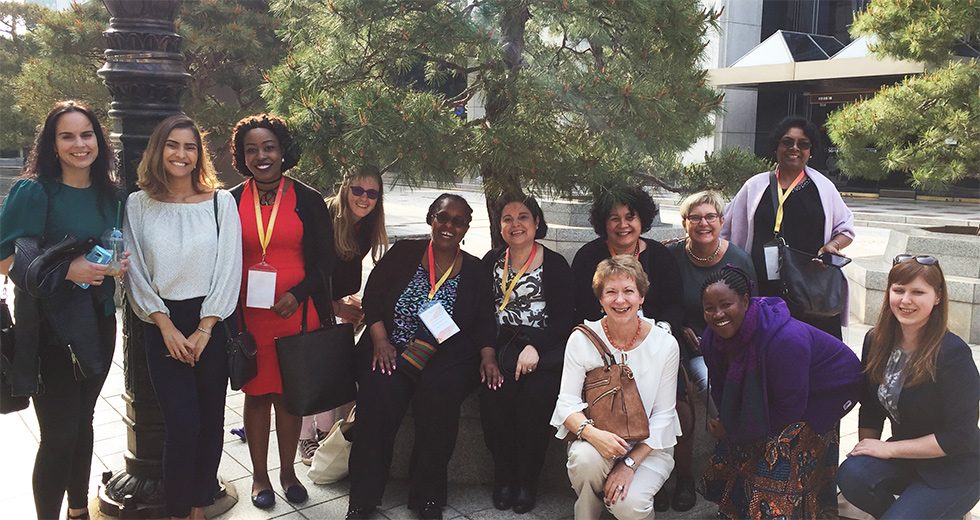 The call for this year’s International Women’s Day is “Choose to Challenge” — #ChooseToChallenge. Its emphasis is twofold, firstly to choose to call out gender discrimination and inequality and secondly to choose to seek out and celebrate women’s achievements.

The issue of gender discrimination is something that haunts our communities, our churches, and our church-based institutions.

Gender discrimination in our workplaces, including churches and educational institutions, is embedded into the structures themselves. It is found in the subtle discouragement of women in education and employment. It is located in the feminization of specific subjects and the overt masculinization of the science, technology, engineering, and maths streams (what has come to be called STEM). It is found in the policing of women’s bodies through rules restricting their movement and how they choose to dress, suggesting that controlling their sexuality is more important than their education. It is further found in the incorrect theology that women can only find their salvation through marriage and childbirth and that right from the birth of a girl efforts are taken to prepare her for marriage and family life.

There is a lot of work that can be done to choose to challenge the embedded patriarchal systems at the global, national, church, and local levels, including these three significant things to do immediately:

Firstly, it reveals the strenuous, complicated power equations below the surface of what looks normal, smooth, and complete. Among the Christian community, we live in the illusion that we are a progressive space that offers opportunities for women, and maybe to an extent we are, but what we need to do is to occupy a feminist gaze which would expose the dominant male forces and challenge that which we perceive as natural and normal.

A second thing that a feminist gaze would do is call us to occupy the margins of every situation, look at and analyze what is happening from the perspective of those who are left out, those who do not speak, and those who are crushed into silence. In this sense, we must realize that just because a strong critique is not emerging is not evidence, we are in a just space, but it just may mean that voices are not allowed to emerge at all.

Thirdly, and perhaps importantly, what a feminist gaze must do is to seek out and celebrate women’s achievements—that we stop the invisibilizing of women and what they have contributed and continue to contribute to society. Not in a gendered or a patronizing way but to acknowledge that women have made huge contributions to humanity through the development of agriculture and language, and continue to sustain society in various and varied fields.

Two: We must actively commit to enabling the women of our institutions to be able to form a collective that will regularly meet where it is hoped that issues pertaining to them will emerge. One of the ways of strengthening patriarchy is through resisting the organization of women. We must buck this trend, and we need to have active and perhaps also politically engaged women’s organization. And we need to listen to the voices that emerge out of this collective of women.

Maybe this is our sin, that we do not just allow women not to speak, but when they speak, we refuse to listen, believing that we know what is best for them. A collective women’s voice can work to drown this enforced silence and will perhaps work towards women’s voices being listened to. Unfortunately, women’s collectives in our institutions are often reduced to charity or cooking, thus blunting a potential political edge that this organization of women can take. This is something we need to be careful of.

Three: We must engage men, particularly male pastors and male theological students, with questions of gender justice. We have to start seeing how we can re-socialize men into redemptive masculinities and how men can contribute to gender justice. It is a matter of personal sadness when the men on our campuses are seen sniggering about gender justice and getting insecure whenever the women come together as a collective. We must understand that patriarchy is not God’s design for the world and to believe so is to fall short of Jesus’ demand for discipleship.