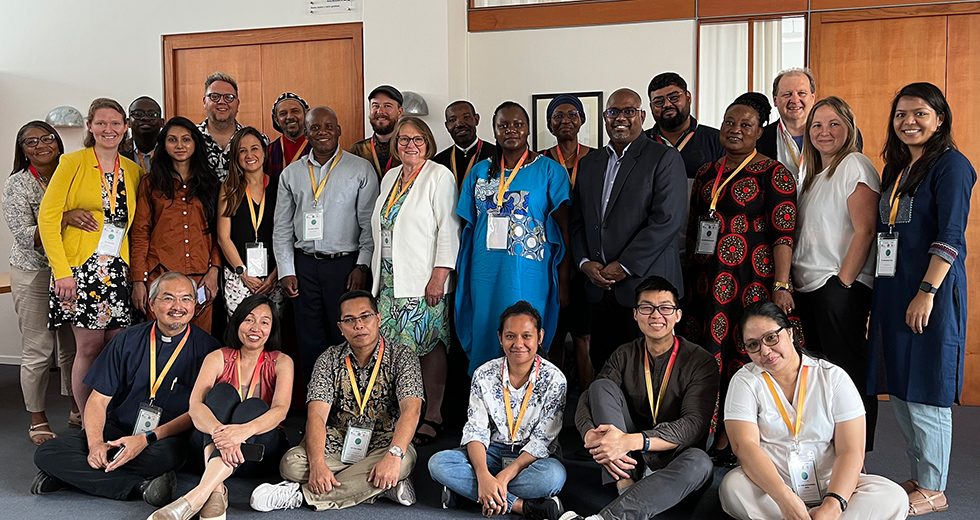 “We have heard that creation continues to groan, in bondage, waiting for its liberation (Romans 8:22). We are challenged by the cries of the people who suffer and by the woundedness of creation itself. We see a dramatic convergence between the suffering of the people and the damage done to the rest of creation. …The root causes of massive threats to life are above all the product of an unjust economic system defended and protected by political and military might. Economic systems are a matter of life or death” (Accra Confession, para. 5-6).

The WCRC believes that a just economy is essential to the integrity of the Christian faith. A challenge for Christians is how to live faithfully in these times of economic injustice.

The global economic system is sinful and oppressive, delivering extreme wealth for the few and poverty for the many. These inequalities are rooted in a system of enslavement and exploitation of much of humanity as well as the natural world.

The WCRC recognizes that to create a more just and equitable world structural and systemic injustices must be addressed. The WCRC thus advocates for a democratic global system of economic governance through partnerships with like-minded ecumenical organizations, people’s movements, and civil society networks.

NIFEA is multi-faceted and includes a variety of programs and projects, including:

ZacTax Campaign
Taxation is an important tool for sharing wealth equitably within and across countries as well as for holding corporations and citizens accountable for their responsibility towards upholding the common good, including care for the global ecological commons. Inspired by the biblical story of Zaccheaus, the ZacTax Campaign seeks to transform both national and global taxation systems to this end.

GEM School
The Ecumenical School on Governance, Economics and Management (GEM) for an Economy of Life aims to build economic literacy within churches by equipping participants with the tools and languages to effectively advocate for urgent transformations in the global financial and economic realm. The 2022 GEM School (pictured above) was held in Berlin and focused on feminist and ecological economics.

The economic justice work of the WCRC is funded by the Council for World Mission, Otto per Mille, and other partners and members.

Background
At its inception in 2010, the WCRC endorsed the Accra Confession and also adopted as essential guidelines the following:

The São Paulo Statement, from the 2012 Global Ecumenical Conference on a New International Financial and Economic Architecture, has also been recognized as an important document on economic justice and is being studied by the WCRC.