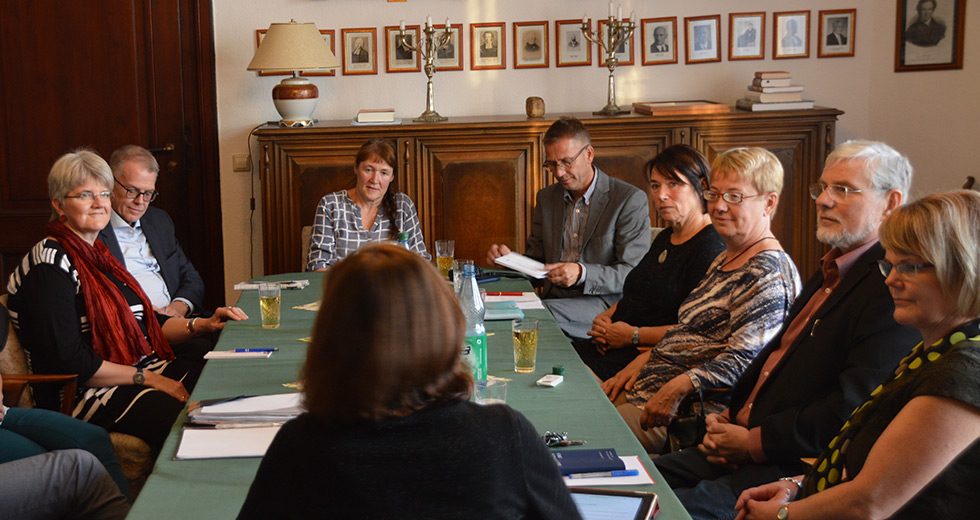 When Pastor Elke Bucksch learned in 2015 that the World Communion of Reformed Churches would hold its 2017 General Council meeting in eastern Germany, she couldn’t have been happier. When it was decided just a few months later to convene the meeting in Leipzig, her whole congregation got excited.

“Everyone thought this would be a great chance to get to know our Reformed church brothers and sisters,” said Bucksch.

The Protestant Reformed Church in Leipzig traces its roots to the late 17th century. The congregation originally consisted of French Huguenots who, facing religious persecution elsewhere, fled to Leipzig. The congregation’s first services, which began in 1700, were conducted in French.

Once Leipzig had been identified as the location for the 2017 General Council, Bucksch, who has pastored the Protestant Reformed Church in Leipzig since 2009, began immediate discussions with her congregation how their church might be involved. Vicar Selma Dorn came on the church staff in January 2017 and joined in the planning. Both women are lifelong Reformed Church members. 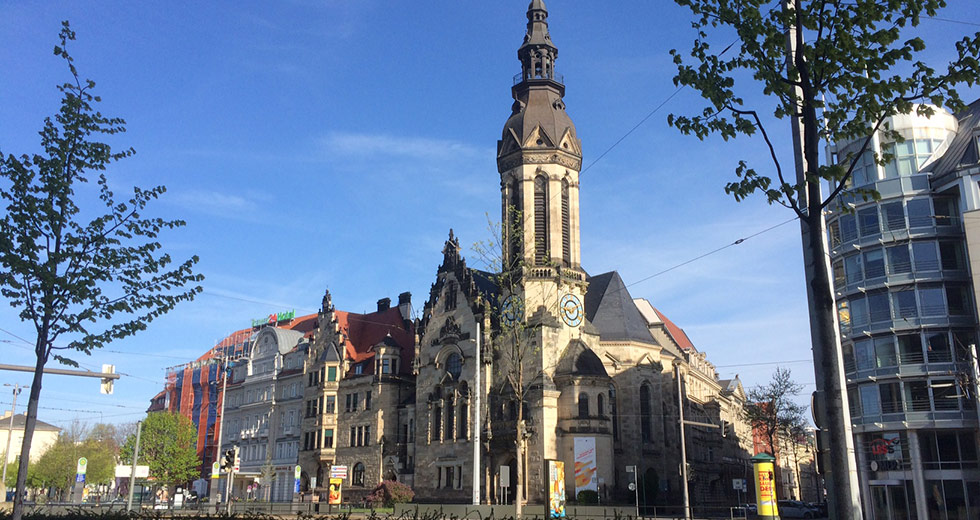 Dorn was involved with the Youth Gathering in Zwochau that preceded the General Council. Both women worked with a host of church volunteers to offer prayer gatherings and other services throughout the assembly. And the Protestant Reformed Church’s choir will take part in a new Psalm concert the evening of July 4, performing a piece commissioned specifically for the Council.

Perhaps the most striking evidence of the Leipzig Reformed Church’s enthusiasm for the Council was seen at the June 29 opening reception in the church’s courtyard. Bucksch and Dorn received offers from 80 volunteers—a number roughly equivalent to an average Sunday’s church attendance—to help host the event.

“We really weren’t sure we had enough work to keep all of those volunteers busy!” said Dorn.

Of special interest to the congregation of the Protestant Reformed Church in Leipzig are the General Council’s emphases on peace and justice. The congregation has been intrigued by discussions surrounding reconciliation in the Middle East and between North and South Korea.

“Many members told me this was the same situation their church found itself in just 20 or 25 years ago,” said Dorn. When the World Alliance of Reformed Churches (WARC) met in Frankfurt in 1964, Germany had only recently been divided into two—and Leipzig’s Reformed Church members lived behind a wall.

During that council, WARC sent a delegation from West Germany into East Germany for communion and discussion with local churches. Twenty-five years later, in 1989, the nearby church of St. Nicholas made an impact on the world as the initiator of peace prayers that would eventually reunify Germany. Dorn believes wholeheartedly that the involvement of Christians made a difference in the lives of people across East Germany.

“We believe that the church can make a difference in the world,” said Dorn. “We have seen it ourselves.” And if this General Council in Leipzig can make even a tiny contribution to reconciliation in other splintered segments of the world, the congregation of the Reformed Church in Leipzig will consider their volunteer hours well spent.