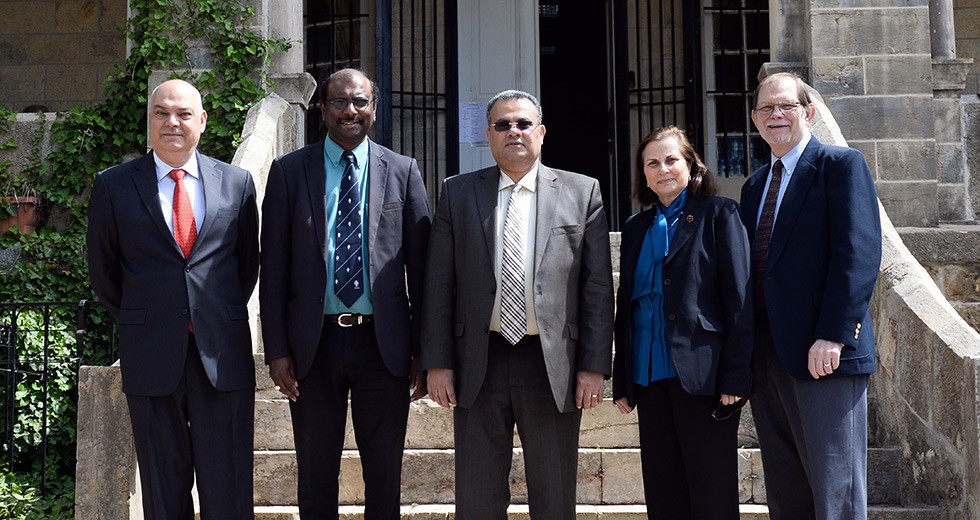 “The news of the Middle East is all over the world in terms of the conflicts and struggles. We were here firstly for solidarity,” said Jerry Pillay, WCRC president.

“Part of that solidarity was to listen and gain new understandings. Often the media do not tell the story that should be told,” said Pillay. “We have heard the stories of the people of the Middle East—from Egypt, Iraq, Syria, Lebanon—and all of these stories were able to inform us more accurately about what is happening.”

The statement summarizes what the executive committee heard and then presents this response:

“This statement comprises a call to us to walk more closely with the churches of the region and to commit ourselves to support the Middle East Christians so that they stay, flourish and be peacemakers,” said Chris Ferguson, WCRC general secretary.

“What’s clear is our future here is also to be a global organization that can have an impact outside of the Middle East,” said Ferguson. “We must look at the root causes of conflicts here and call on world governments to change their propensity to look for military solutions.”

The World Communion of Reformed Churches’ executive committee meets annually to provide oversight to the work of the WCRC, both programmatically and financially. It held its 2015 meeting outside of Beirut, Lebanon.