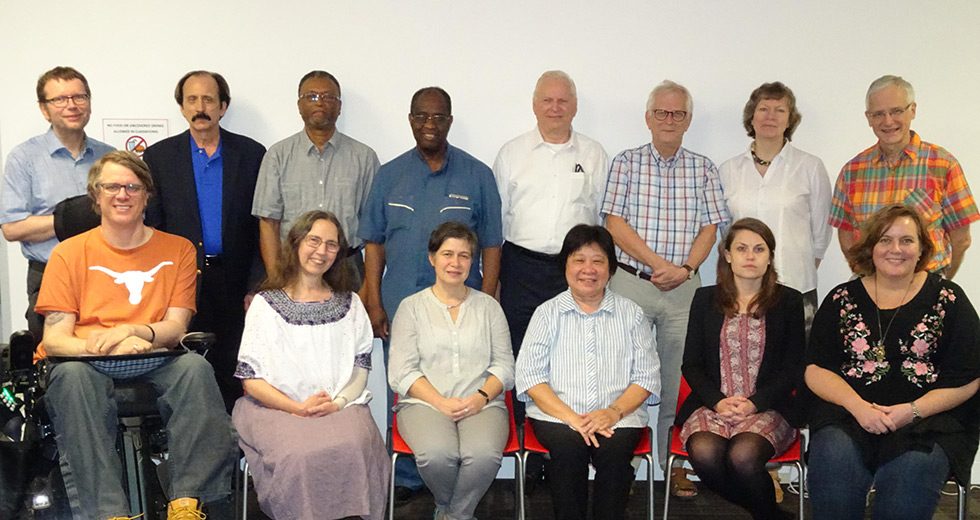 The fourth session in the Reformed-Pentecostal Dialogue took place at Alphacrucis College in Parramatta, Australia, under the theme “Ministering to the Needs of the World: Mission and Ecclesiology.”

Papers from both perspectives were presented, by Gabriella Rácsok (Reformed) and Shane Clifton (Pentecostal). The discussions were framed each morning and evening by a time of prayer, singing, Bible readings and devotional meditations. This was an integral part of the dialogue.

Rácsok read her paper entitled “The Church is Mission: A Reformed Perspective on Church and Mission” and began explaining developments of the understanding of mission and the church in the 20th century. Bringing concrete examples from the Reformed Church in Hungary made the presentation especially relevant to the dialogue. Rácsok stated that the church, gathered around the Word and the sacraments, is the place where the reign of God is experienced in foretaste (koinonia). The power of the Spirit equips men and women to serve others in all their needs (diakonia). The church is the place where verbal witness is borne to Jesus Christ (marturia/kerygma).

Clifton presented the historical development of the relationship between mission and the church under the title “Ministering to the Needs of the World: Mission and Ecclesiology – An Aussie Pentecostal Perspective.” He explained how the Pentecostal movement in many places did not want to become institutionalized. However, many developed into denominations and some were catalysts for the rise of attractive megachurches. Clifton discussed challenges arising from church growth in view of division and diversity, the role of healings and aspects of prosperity understood in terms of flourishing. He concluded that the Pentecostals’ pragmatic orientation and fluid ecclesiology helps them to flourish in a diverse and rapidly changing world.

During their meetings, the teams discussed each paper in plenary. Then questions were raised to one another. Thus, similarities and differences in their views could be further analyzed and refined. The questions focused on the relationship between the church and mission, evangelism and mission as well as bringing Christian care and justice to a world in need. This dialogue was fruitful and challenging because it helped the teams to appreciate issues of unity and diversity in the role of the church and its call to participate in God’s mission.

On Sunday, 3 December, the participants joined a service at the Hillsong Church Sydney, a Pentecostal megachurch and member of the Australian Christian Churches. The sermon was given by the senior pastor, Brian Houston. Later the delegates were welcomed by representatives of the Uniting Church in Australia, a member of the WCRC, at the Parramatta Centenary Church. Tara Curlewis gave an account of the history how churches of the Congregational Union in Australia, the Methodist Church of Australasia and the Presbyterian Church of Australia came together to form what became the Uniting Church in Australia. Danielle Hemsworth-Smith shared her experiences on how her congregation is involved in mission and Terence Corkin explained the structure of the Uniting Church and the importance of consensus model decision making among churches.